There are unexplained cases of acute hepatitis in children in Canada, and the European Center for Disease Control and Prevention estimates there are nearly 200 cases worldwide

According to the Canadian Broadcasting Corporation (CBC) reported on the 26th, Canadian public health officials said they are investigating "unexplained" cases of severe acute hepatitis in Canadian children. cases of acute hepatitis. The European Centre for Disease Prevention and Control (ECDC) assessed on the 26th that there have been nearly 200 such cases worldwide.

"The Public Health Agency of Canada is aware of reports of unexplained severe acute hepatitis in Canadian children," the Public Health Agency of Canada said in a statement in response to questions from the Canadian Broadcasting Corporation on the 26th, according to the report. Cases are being investigated further to determine if they are linked to cases emerging in the UK and US. We will keep the public updated as the investigation progresses."

The World Health Organization issued a bulletin on the 23rd that as of April 21, at least 169 cases of acute hepatitis of unknown 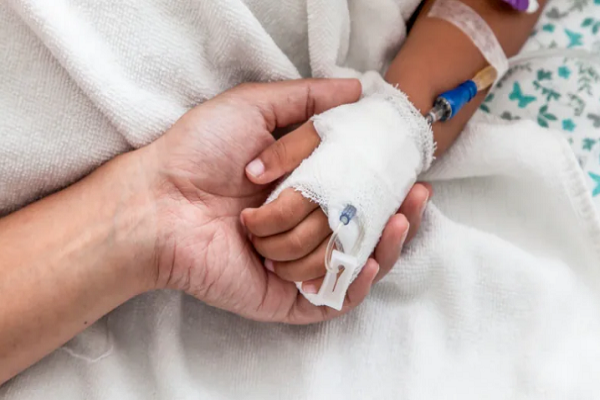 etiology had been reported in children, of which 114 were in the UK. Cases have also been reported in the United States, Spain, Israel, Denmark, Ireland, the Netherlands, Italy, Norway, France, Romania and Belgium. The patients ranged in age from 1 month to 16 years, and 17 of them required liver transplantation. According to the report, at least one death has occurred, and WHO has not provided relevant details such as the specific country where the death occurred.

The World Health Organization reports that many of the reported cases have symptoms including abdominal pain, diarrhea, and vomiting, and most cases are asymptomatic. Five common hepatitis viruses A, B, C, D, and E were not detected in all reported cases. The WHO said adenovirus was a hypothetical cause of infection in these patients, but not enough to explain the current situation. At the same time, the vast majority of patients have not been vaccinated against Covid-19, so for now it can be assumed that their hepatitis is not a side effect of vaccinating against Covid-19.

WHO is closely monitoring the situation and is working with the UK Health Department and other members and partners. WHO believes that to prevent the recently reported acute hepatitis in children, it is imperative to determine the cause, and recommends frequent handwashing and respiratory hygiene measures to prevent common viral infections such as adenovirus.

Recently, the United Kingdom and other places have successively experienced acute hepatitis of unknown cause in children. The Japanese Ministry of Health, Labour and Welfare announced on the 25th that the first case of children who may have this acute hepatitis has also appeared in Japan.

A few days ago, public health officials in the US state of Illinois issued a warning that three children under the age of 10 in the state may be infected with severe hepatitis.

According to a CBS report on April 25, the Illinois Department of Public Health (IDPH) said that of the three cases, two live in suburban Chicago and one in the western part of the state. The three cases may have been infected with an adenovirus, a common virus that causes fever, cough, sore throat, diarrhea and pink eye, and one received a liver transplant.

"IDPH is working diligently to study additional suspected cases in Illinois and is asking health care providers in the state to closely monitor symptoms and report any suspected cases of childhood hepatitis of unknown origin to local public health authorities," IDPH said in a statement. The IDPH noted that the cases may be linked to an adenovirus called F41.

IDPH said: “Adenoviruses are transmitted from person to person and most commonly cause respiratory diseases. However, depending on the type of virus, other diseases may also be caused, such as gastroenteritis, conjunctivitis and cystitis. Infection with F41 Symptoms of adenovirus are diarrhea, vomiting, and fever, often with respiratory illness, but it is unclear whether F41 adenovirus is the cause of severe hepatitis in these children."

The IDPH statement comes after the CDC issued a warning earlier this month about nine unexplained cases of childhood hepatitis in Alabama, the nine children who had not been diagnosed with the disease. any underlying health problems. The CDC is currently investigating the cause of hepatitis in these children, as well as the adenovirus infection in these children.

The CDC has issued a nationwide warning, asking parents and health care workers to pay close attention to symptoms and report any potential cases of childhood hepatitis of unknown origin to local and state health departments. "The CDC is working with state health departments to find out if there are other similar cases in the United States and what caused the disease," the CDC said in the warning.

On April 23, the World Health Organization (WHO) announced that at least 169 cases of acute hepatitis in children have been identified in 12 countries around the world, including 17 cases requiring liver transplantation and one death.