1. What is nucleic acid detection

Definition of nucleic acid: nucleic acid is a kind of biological macromolecules connected by nucleotides or deoxynucleotides through 3 ', 5' - phosphate diester bond.

DNA and RNA are formed by connecting the head and tail of a nucleotide, which is composed of five elements: C, h, O, N and P.DNA is the genetic material of most organisms. RNA is a genetic material of a few DNA free viruses, such as HIV, influenza, SARS virus, etc.The average length of RNA is about 2000 nucleotides, while human DNA is very long, about 3x10 ^ 9 nucleotides.

It plays a role in storing and transmitting genetic information in protein replication and synthesis.Nucleic acid is not only the basic genetic material, but also plays an important role in protein biosynthesis. Therefore, it plays a decisive role in a series of important life phenomena such as growth, heredity and variation.

DNA and RNA are nucleic acids. What are the differences in their chemical composition as follows:

At present, the main methods used are as follows: 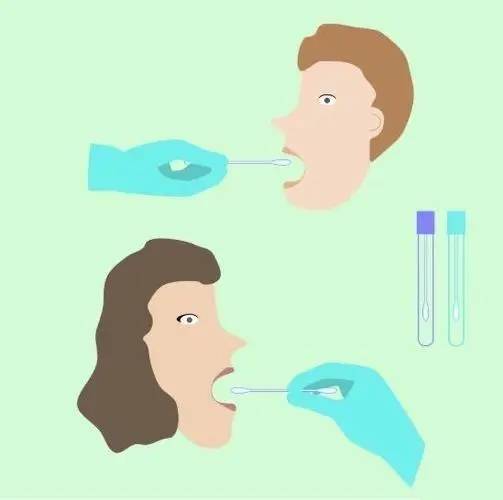 LCR is a probe amplification technology based on the interconnection of target molecule dependent oligonucleotide probes. It is a promising in vitro amplification technology developed after PCR.Its principle is to hybridize the two segment oligonucleotide single stranded DNA probe with the target sequence. When the two segment DNA probe fades with the template without mutation, if the two probes are adjacent and there is no nucleotide interval in the middle, they can be connected under the action of ligase, and the new chain after connection can be used as a template to guide the connection in the next cycle to produce new sub chains.If the base mutation of nucleotide occurs in the connecting section, the connecting reaction cannot occur and the amplification reaction is terminated.

The basic principle of PCR technology is similar to the natural replication process of DNA, and its specificity depends on oligonucleotide primers complementary to both ends of the target sequence.PCR consists of three basic reaction steps: denaturation annealing extension.

③ Primer extension: under the action of taqdna polymerase, DNA template primer conjugate uses dNTP as reaction raw material and target sequence as template to synthesize a new semi retained replication chain complementary to the template DNA chain according to the principle of base pairing and semi retained replication. Repeat the three processes of cyclic denaturation annealing extension to obtain more "semi retained replication chains",And this new chain can become the template for the next cycle.It takes 2-4 minutes and 2-3 hours to amplify the target gene to be expanded millions of times.To detect HIV RNA, we need to transcribe RNA into cDNA by reverse transcription reaction, and then PCR amplification with cDNA as template. This reaction is called RT-PCR.