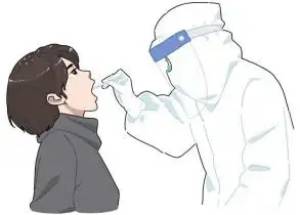 BDNA is a method for quantitative detection of HIV type 1 RNA in plasma.BDNA refers to a synthetic DNA fragment with side chains. Each side chain can be labeled with an excited marker.The RNA of HIV is released from the virus particles by centrifugation, and then captured into the micropores with capture probe

Specifically binds to another part of viral RNA and also binds to pre amplified probe.The latter is then hybridized with the amplification probe, bDNA probe.The two sets of target probes specifically bind to different regions of pol gene of viral RNA.Hivrna oligonucleotide complexes are formed in micropores.The chemiluminescence signal can be amplified after incubation with a chemiluminescence substrate.It is quantified by luminous intensity, which is proportional to the content of hivrna in the sample.BDNA has no cross contamination of amplicons, which is a great progress compared with PCR.BDNA has dozens of probes covering the whole genome, which can easily detect some HIV variants, but the sensitivity is not as sensitive as PCR. Improving the sensitivity of bDNA is a major difficulty.