The latest data released by the Office for National Statistics on April 1 showed that the number of new coronavirus cases in the UK exceeded 4.9 million in a single week, a new high. The British government will no longer provide free new crown virus testing for most people from April 1. This move has attracted many objections from the country's scientific community. Experts criticized the United Kingdom's "coexistence with the new crown" is actually coexisting with the virus through infection. Call for stronger prevention and control.

Due to incomplete testing and other reasons, the UK Office for National Statistics released estimated data that day. It is estimated that in the week to 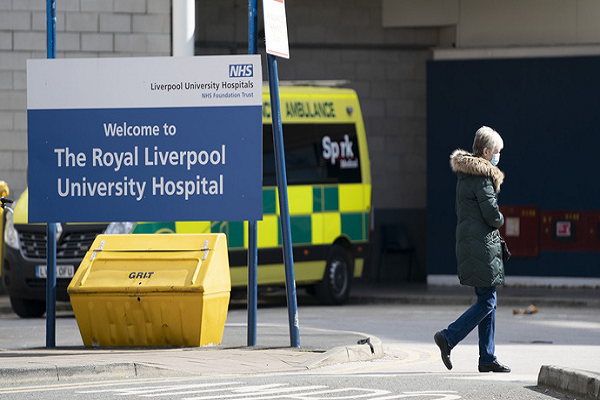 March 26, there were more than 4.12 million new cases of new crowns in England, and with data from Wales, Northern Ireland and Scotland, the total number of new cases exceeded 4.9 million. During the week, the proportion of the population infected with the new crown increased significantly in England and Wales, but the relevant trends in Northern Ireland and Scotland were not clear.

The data also showed an increase in the percentage of the population infected with subtype ba.2 of the Omicron strain in England and Wales during the above-mentioned week.

Simon Clark, a microbiologist at the University of Reading in the United Kingdom, said in an interview with Xinhua News Agency a few days ago that infection with Omicron is "more than just a flu", and that the idea that the new crown virus will inevitably become weaker is "nonsense." "But unfortunately in the UK and in some other parts of the world there has been a segment of people who have been trying to downplay the severity of this pandemic".

From April 1, the UK government will no longer provide free coronavirus testing for most people. According to the new regulations, symptomatic persons who can enjoy free testing include hospitalized patients who are medically necessary, and some people who live and work in a "high-risk state"; asymptomatic persons who can enjoy free testing are only in particularly high-risk situations. people in risky environments.

Many experts in the UK have warned that this move will put vulnerable people at greater risk. University College London professor Christina Pagel said millions of people would not be able to afford self-testing with symptoms such as Covid-19, and with the number of Covid-19 infections and hospital admissions rising, now "isn't the time to cancel free access to the most one of the most important public health tools."

Charities have also expressed concern. The Alzheimer's Society UK has launched a petition calling for free COVID-19 testing for people such as nursing home visitors. The agency said the government's move would likely result in nursing home visitors paying around £73 a month for testing in what was considered a "cruel tax on care".

The new measure is part of the UK government's "Live with Covid" plan. According to previously announced plans, England has legally lifted all existing COVID-19 restrictions from February 24, including those who test positive for COVID-19 do not need to self-isolate, the government will no longer trace close contacts, and those who have not been fully vaccinated No need to self-isolate.

The entire "Coexist with Covid-19" plan has also drawn criticism from experts. Stephen Griffin, an expert in virology at the University of Leeds School of Medicine, said that the continuous and rapid spread of the new coronavirus in the UK is surprising and should not be ignored. spread. Griffin urged the government to "re-engage in public health...instead of putting the public at their own risk".

James Naismith, director of the Rosalind Franklin Institute and a professor at the University of Oxford, said there were no effective controls in place in the UK at the moment, and "it's effectively coexisting with the virus by contracting it".