Alat swab test antigen: the spread of the Omicron strain is accelerating

Alat swab test antigen: many countries around the world are worried about the arrival of a new peak of the epidemic

Recently, due to the accelerated spread of multiple subtypes of Omicron strains, the world is facing the threat of a new round of epidemic peaks. According to the WHO's weekly epidemiological report released on March 22, from March 14 to 20, there were more than 12 million new confirmed cases of new coronary pneumonia worldwide, an increase of 7% from the previous week. A WHO spokesperson warned that the Covid-19 outbreak is far from over and we are still in the middle of the outbreak.

Despite this, some countries are too optimistic about public immunity, blindly confident, adopt a "compromising" attitude towards the epidemic, and prematurely lift prevention and control measures, which to a certain extent has contributed to the spread of the epidemic and aggravated the rebound of the epidemic.

Europe's premature unblocking of the epidemic resumes the upward trendIn Europe, after a brief period of stability in January and February, the epidemic in many countries resumed its upward trend in March.

According to the British "Guardian" report on the 22nd, the head of the WHO European region, Hans Krueger, said that 18 of the 53 countries in the 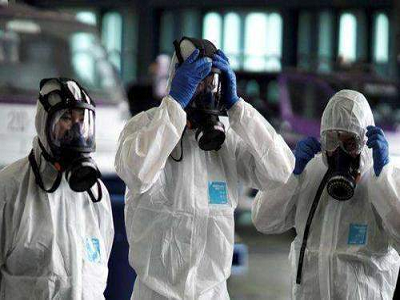 region have seen an increase in infection rates. In the past seven days, 12,496 deaths have been reported in the European region, and more than 5.1 million new cases have been linked to the BA.2 subtype of the Omicron strain. Experts believe that the BA.2 subtype is 30% more contagious than the previous BA.1 subtype.

In terms of countries, Germany's 7-day average of new cases per million people reached 2,619 on March 19, the highest since the beginning of the new crown pandemic; France's data for this indicator increased from 774 on the 5th. The number of people soared to 1,331; Italy's figure for this indicator has almost doubled since early March, to 1,156 cases per million inhabitants. The epidemic situation is even more severe in the United Kingdom. According to reports, from March 8 to 11, the number of newly confirmed cases in the United Kingdom rose to the highest level in nearly a month, reaching an average of 60,000 to 70,000 cases per day. 30,000 to 40,000 cases per day.

In response to the rebound of the epidemic in Europe, some WHO officials criticized that in addition to the stronger transmission ability of virus variants, this is also the result of premature relaxation of epidemic prevention measures in some European countries. Germany lifted most of the epidemic restrictions on the day after the record number of new cases, including the cancellation of the "vaccine pass" system, the lifting of business restrictions on catering establishments and hotels, and nightclubs for people who have completed the new crown vaccination, recovered after the new crown infection or the new crown. Those who tested negative were reopened, and sports venues opened at a ratio of 60% indoors and 75% outdoors. France also lifted almost all restrictions on the 14th, including no longer forcing people to wear masks in most public places such as schools, offices and shops, and the authorities also cancelled the "vaccine pass" system, allowing unvaccinated people to enter bars, restaurants, cinemas, etc. place. The United Kingdom further lifted all entry control measures on the 18th after fully lifting the domestic epidemic prevention and control measures.

In this regard, Van Kerckhofer, technical director of the WHO's health emergency project, pointed out that some European countries relaxed their epidemic prevention measures prematurely, which made a situation that could have been controlled. In addition, misleading information about the epidemic, such as "the incidence of Omicron is relatively mild" and "the epidemic is about to end", caused work chaos in some areas, resulting in the inability to fully respond to the epidemic.

Anthony Fauci, director of the National Institute of Allergy and Infectious Diseases, said on the 22nd: "I would not be surprised if we see a certain level of (the number of confirmed cases) rise." He believes that the BA.2 subtype The increase in the proportion, the relaxation of epidemic prevention requirements such as the mask order, and the decline of the population's new crown antibodies are all reasons for the increase in the number of infections.

Some American experts also pointed out that compared with the high infectivity of the BA.2 subtype, relaxation of epidemic prevention requirements is the main reason for the rise of the epidemic. Daniel Kuritzkes, head of the infectious disease department at Boston's Brigham and Women's Hospital, said there is no evidence yet that a higher proportion of the BA.2 subtype will lead to an increase in the number of infections, and that if you relax about wearing masks and gatherings Restriction measures, the BA.2 subtype or any other mutant strain has the potential to make a comeback. "I think that's something people need to be vigilant about," she said.

Some analysts pointed out that the current global epidemic data remains high, virus variants are more infectious, and other more complex virus variants continue to emerge, and the future development of the epidemic is full of uncertainty. What governments should do is to persevere, effectively implement epidemic prevention measures, reduce the spread of the epidemic as much as possible, and buy time for mankind to finally overcome the epidemic. If we push forward impatiently and relax prevention and control prematurely irresponsibly, it will only be counterproductive, not conducive to our own epidemic prevention, but will also burden other countries and affect the progress of the entire human race against the epidemic.