The African country of South Africa was the first country in the world to discover and report the Omicron strain. In November 2021, South Africa first reported the Omicron variant to the World Health Organization (WHO). It has been nearly 5 months now. Is the entire African continent okay? 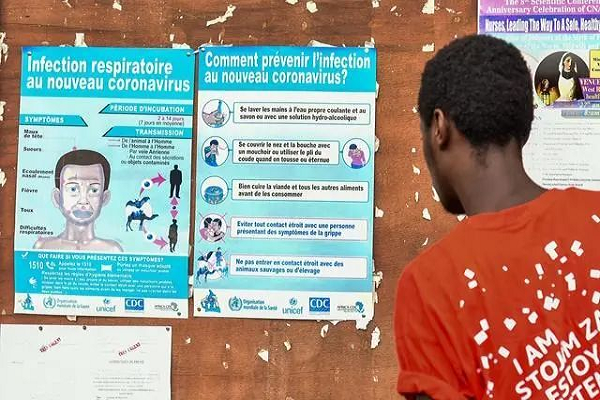 cases in Africa has declined for 16 consecutive weeks, which is the longest continuous downward trend since the beginning of the epidemic.

Matshidiso Moeti, WHO's regional director for Africa, said that the fourth wave of outbreaks in Africa caused by the Omicron strain was "intense and short-lived", but the devastation should not be underestimated.

The WHO Regional Office for Africa said recently that the number of new confirmed cases on the African continent has declined for 16 consecutive weeks, and the number of deaths has also continued to decline in the past eight weeks. This low infection level has not been seen since April 2020, after the longest pullback occurred between August 1 and October 10, 2021.

The epidemic situation in Africa continues to improve, partly based on "herd immunity".

Muti said at an online press conference on the 7th that the real number of new crown infections in Africa far exceeds the number of reported cases, and more than two-thirds of Africa's population may have been infected with the new crown virus. The WHO conducted a meta-analysis of 151 new coronavirus serum studies published between January 2020 and December 2021, and came to the above conclusions.

Research shows that the proportion of the population exposed to the new coronavirus in African countries was 3% in June 2020 and has surged to 65% in September 2021. This indicates that the real number of new crown infections in Africa may have reached 800 million, which is 97 times the 8.2 million confirmed cases reported at that time.

According to the latest data released by the African Centers for Disease Control and Prevention on the 14th, there are currently more than 11 million confirmed cases of new crowns in Africa and more than 250,000 deaths.

The low number of reported COVID-19 cases in African countries, in addition to insufficient medical infrastructure, is that 67% of cases are asymptomatic, which is the biggest difference between the African continent and other regions in terms of the epidemic.

Due to the large number of infectious diseases in African countries, ordinary people can survive the previous epidemics only with better health and immunity. Therefore, in African countries, there are fewer people suffering from hypertension, diabetes and other chronic diseases, and the African population is young. Also a protective factor. Globally, most of the deaths from new coronary pneumonia are over 80 years old, and according to 2019 statistics, Africa has the youngest population in the world, with an average age of 19 years old.

Still, the WHO warned that the risk of a new wave of infections was high as the southern hemisphere was about to enter the cold season of June to August. Previous waves of outbreaks in Africa have coincided with cold seasons, with people mostly staying indoors with poor ventilation.

Kenneth Jacobs, chairman of the Health Committee of the South African National Assembly and a medical expert, said on the 14th that South Africa is about to enter winter. In view of the increase in new crown cases in other countries that have just experienced winter, South Africa plans to introduce health regulations to help the country respond. A possible new wave of the new crown epidemic.