Nine new symptoms have been added to the UK's official list of symptoms of Covid-19, in addition to a new strain of Omicron, 'Long COVID' and 'Post COVID' Have the latest data. We will review them in this report.

We start with a report on the UK's National Health Service (NHS), Sky News, whose official website has updated the list of symptoms of Covid-19.

Nine new signs of illness have been added to the official list of symptoms, including headaches, diarrhea and nasal congestion. 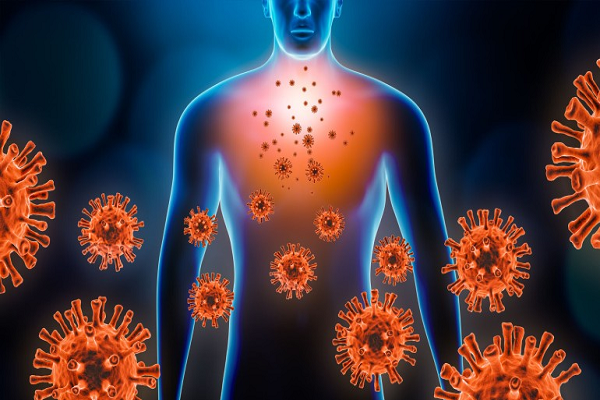 The difference between mutated strains and recombinant strains of 2019-nCoV

RECOMBINANT: A mixture of two viruses branched from the original virus. This happened because one cell of a patient was infected with two viruses. In a short period of time, the two viruses replicated at the same time, during which the genetic material recombined, and the replicase produced the recombinant virus. (Al Jazeera)

The three typical symptoms shown on the NHS website are:

l loss or change of taste or smell

The new symptoms have been added to the NHS website along with the three previous typical symptoms.

The new symptoms are:

A note on the NHS website added, "These symptoms are very similar to those of other diseases, such as colds and flu."

For some time, the World Health Organization and the US Centers for Disease Control and Prevention have had long lists of symptoms; but in the UK, the NHS list of just 3 symptoms has been in use for about two years.

He noted that failure to recognize a broader list of symptoms of infection, as well as the decision to drop quarantine recommendations and remove free testing, could lead to higher transmission rates of the virus.

An estimated 4.9 million people were infected with the virus in the UK in the week to March 26, the Office for National Statistics said on Friday, up from 4.3 million the previous week. It is estimated that about 1 in 13 people in England contracted the virus during that week.

According to The Independent, a new variant of the Omicron called XE has been discovered in the UK, but it is too early to determine its prevalence.

Hundreds of cases of XE have been detected in England, but experts are still investigating the level of risk. Experts say it's too early to tell if it's more spreadable than previous strains.