Antibody rapid detection kit: the prospects for IVD regulation in Europe will become clearer in 2021

This Christmas is a bit early for European IVD manufacturers. At that time, the European Union chose to extend the transition 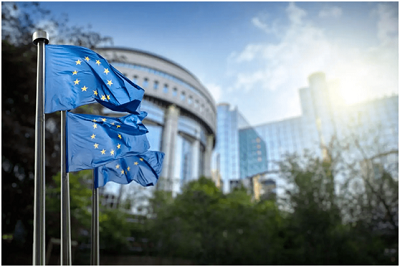 period for different categories of IVD medical devices under the IVD Regulation (IVDR) for several years, although IVDR is still planned for next year. Implemented every month. Brussels’ measures on December 20th provide a much-needed respite for anxious industries, especially in the face of regulatory bottleneck concerns. If the regulatory reform (IVDR) is implemented overnight as previously stipulated, It may have a negative impact on the health care system in the region.

In the past 5 years, regulatory uncertainty has always been the status quo of European IVD manufacturers. The UK's decision to "Brexit" after the referendum in June 2016 was a catalyst. As most of the IVD industry is concentrated in the UK, not only manufacturers, but also designated certification bodies known as notified bodies, as well as numerous regulatory experts. The UK is also considered a beachhead for American and Asian companies wanting to enter the EU market. Many companies have set up offices in the UK to be responsible for sales and testing throughout the EU.

The European Union’s enactment of comprehensive IVD regulations in October 2017 exacerbated these uncertainties, which promised to reshape the way IVD enters the market. According to the In Vitro Diagnostic Device Directive (IVDD) promulgated in 1998, most IVDs have obtained the EU CE-IVD mark through the self-certification process, and IVDR has re-adjusted the EU’s policy to standardize the United States, Japan and other higher requirements of supervision The system forces manufacturers to submit their qualification assessment tests.Importantly, IVDR will still be implemented from May 26, 2022, and will be retroactively applied, which means that all tests on the EU market, even those IVDDs that hold the CE-IVD mark, are required The evaluation is carried out by the designated NB. When the IVDR was promulgated in 2017, all thousands of tests in Europe should be evaluated in May 2022 (before the five-year transition period). However, a variety of factors hinder this, the most important of which is the lack of designated national institutions to review regulatory filings and the lack of expertise. Since Europe has never had such a regulatory framework, coupled with the corresponding shortage of regulatory compliance personnel, NBs have to train new employees to deal with IVDR implementation.

As of 2021, only 6 NBs have been designated by the European Union to evaluate new applications, which means that these 6 organizations are now responsible for evaluating all IVDs in Europe. This has led to a lengthy waiting list for review, and in May 2022, most tests on the market may lose regulatory compliance.

From the perspective of manufacturers and the laboratories that conduct their own tests (called "in-house devices" in IVDR), there is also uncertainty about how this regulation will be applied. Certain IVDR regulations are difficult to meet in the laboratory. For example, IVDR requires laboratories to use the CE-IVD mark to test certain indications or provide explanations for using their own self-made tests. However, due to the lack of designated NBs, it is impossible for laboratories to comply with legal provisions because it is not clear whether and when new tests will be evaluated. If the kit does not meet the requirements, how can they use commercial kits instead of their own tests (in-house devices).

Some departments in the industry have issued alerts to postpone the application date in May 2022 for many years.

For example, in July 2018, MedTech Europe, the Brussels-based medical technology industry trade association, raised concerns in a position paper and recommended that regulators extend the transition time for IVDR, or at least extend the time for legacy testing. In May of this year, the European Federation of Pharmaceutical Industries and Associations, the European Union of Cancer Patients, and the British biotech company Diaceutics issued a joint statement calling for a one-year moratorium and subsequent phased implementation of IVDR, expressing similar concerns and warning about possible impacts on the European healthcare system result in negative effect.