Comprehensive news: according to the latest statistics of Johns Hopkins University in the United States, as of 17:00 on the 6th Beijing time, there were 445141070 confirmed cases of new crowns and 5995315 deaths of new crowns in the world. The data also showed that the five countries with the largest cumulative number of confirmed cases in the past 28 days were Germany, Russia, South Korea, the United States and Brazil. 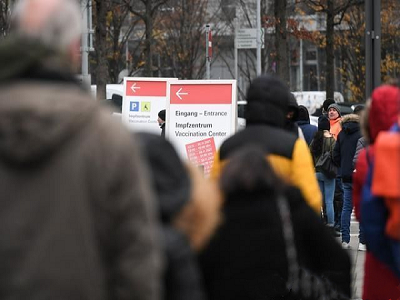 According to the data released by Johns Hopkins University at 9:21 Beijing time on the 6th, a total of 79265725 cases were diagnosed and 958436 cases died in the United States.

On March 4 local time, Eric Adams, mayor of New York City, announced that from next week, New York City will lift most of the new crown epidemic prevention restrictions. For example, people are no longer required to show the new crown vaccination certificate when entering restaurants, cinemas, gyms and other indoor places, and students aged 5 and above do not have to wear masks at school. But he also stressed that if there is a new coronavirus variant similar to the Omicron strain, New York City may resume the implementation of epidemic prevention restrictions.

Recently, the average number of new diagnoses per day in New York City has decreased significantly. According to Adams, about 6.4 million of the city's 8.8 million people were vaccinated with the new crown vaccine, which saved 1.9 million people from infection and 48000 people from death.

According to Italy media reports, the official COVID-19 monitoring report released by Italy officials in March 4th showed that the new crown incidence rate continued to decline. Between February 25th and March 3rd this year, the incidence rate of new crown in Italy was 433 per 100 thousand inhabitants, lower than 552 cases from February 18th to February 24th this year.

According to Feig Leo Lo, director of the Italy emergency response Committee of COVID-19 (Francesco Paolo Figliuolo), the vaccination rate of people over the age of 12 in Italy has reached 90%, of which 83% have been vaccinated with third doses. The Italian government decided to donate the surplus vaccine to poorer countries because of the large number of vaccines purchased in the country and the continuous delivery of previously ordered vaccines and the full warehouse.

Asia: South Korea's daily increase in the number of confirmed cases this month may exceed 350000

South Korea's central epidemic prevention headquarters reported on the 6th that 243628 cases were newly diagnosed in a single day, with a cumulative diagnosis of more than 4.45 million cases; There were 161 new deaths, with a cumulative death rate of 8957, with an average death rate of 0.2%.According to Yonhap, citing the prediction of relevant institutions, by the middle of this month, the number of daily confirmed cases in South Korea will reach more than 350000.

Thailand officially announced on the 5th that 22818 cases were newly diagnosed in a single day, with a total of 3004814 cases;There were 52 new deaths and a total of 23176 deaths.The Thai capital Bangkok added 2809 cases on the same day, continuing to rank first in the country.

Thai health ministry officials said that affected by the rapid spread of the new coronavirus variant Omikron strain, there has been a surge in confirmed cases in Thailand recently, resulting in an increase in the number of critically ill patients requiring hospitalization. If people do not strictly implement epidemic prevention measures, the number of confirmed cases in Thailand may exceed 50000 after the Thai new year songgan Festival (water sprinkling Festival) next month.

Africa: some covid vaccines in South Africa face the risk of expiration

According to the data released by the African Center for Disease Control and prevention on the 5th local time, 11219633 cases were diagnosed and 249530 cases died in Africa.

Data show that South Africa currently has 25 million doses of neocoronavirus vaccine in stock, including 13 million doses of Pfizer vaccine, and the shelf life of some vaccines is 7 to 9 months.Fahra revealed that due to the continuous decline of vaccination rate in South Africa, a large number of vaccines face the risk of expiration from the end of this month.According to South Africa's official statistics, as of the 5th local time, South Africa had diagnosed 3681437 cases and died 99517 cases. Both data ranked first on the African continent.

We can provide you with related products!