Antigen Rapid Test: what will happen after the Omicron wave?

There are more than 400 million confirmed diagnoses in the world.

With the spread of the mutant strain of Omicron, the number of confirmed cases around the world has exploded.

On February 9, Beijing time, statistics from Johns Hopkins University showed that the cumulative number of confirmed cases of COVID-19 in the world exceeded 400 million. At this time, more than 300 million confirmed cases around the world, and only one month has passed. 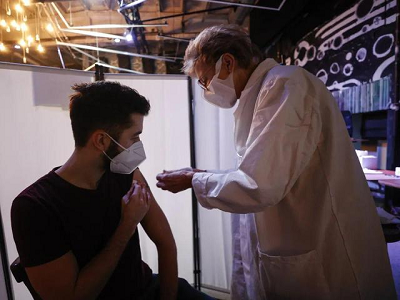 WHO spokesman Tariq Yasarevic said in an interview with the Beijing News on February 9 that at present, the world is still in the midst of a COVID-19 pandemic, and all feasible means need to be taken to save lives. But he also emphasized that "this year can end the acute phase of the pandemic and end the global health emergency of the COVID-19."

What will happen after the Omicron wave? Testing is necessary.

In the third year of the COVID-19 epidemic, can mankind escape this global crisis?

This is the fastest increase in confirmed cases since the outbreak of the Covid-19 epidemic.

In this wave of epidemics, Omicron is undoubtedly the biggest behind-the-scenes "pusher". According to Reuters, almost all of the new confirmed cases in the past period were Omicron infections.

Preliminary evidence suggests that the Omicron variant causes milder symptoms than other variants, but it is much more transmissible than previous versions. In the latest wave of the epidemic since the end of last year, the number of confirmed cases worldwide has continued to climb, with a peak of more than 3 million cases. Today, the number of daily confirmed cases worldwide is slowly declining, but it is still at a high level of over 2 million cases.

On January 7, 2022, local time, in Berlin, Germany, people are vaccinated against the Covid-19. /IC photo

Regarding the current global epidemic situation, Yasarevic emphasized in an interview with a reporter from the Beijing News that there are still many uncertainties in the future evolution of the Covid-19 epidemic, and the WHO is considering various possible scenarios. "But at the moment, we're clearly still in the midst of a pandemic."

He also pointed out that it is very dangerous to assume that Omicron is the last variant of the Covid-19, or to assume that the world is at the end of the epidemic. "Every country's situation is different, so a careful, gradual approach must be taken to move out of the acute phase of the pandemic."

In fact, although the "alarm" caused by Omicron has not been completely lifted, many countries can't wait to relax restrictions.

According to Reuters, Denmark, Norway, Sweden and other countries in Europe have lifted most of the restrictions related to the epidemic, Spain has lifted the requirement for people to wear masks outdoors, and Greece has begun to allow tourists with European vaccine certificates to enter their country - No need to provide proof of negative coronavirus test.

In the United States, where the epidemic is still fermenting, states including California, Connecticut, New Jersey and so on will end the state-wide requirement to wear masks indoors. Australia will soon reopen its borders to vaccinated tourists. In addition to this, some countries have shortened the quarantine period for confirmed cases as the number of infections has surged due to Omicron.

On January 19, 2022, local time, a sign wearing a mask is seen in a subway station in London, England. /IC photo

Regarding these changes, Yasarevic said that WHO's recommendation is that any adjustment of epidemic prevention measures should be balanced between public health risks and socioeconomic impacts. As for whether the incubation period and infection period of Omicron have changed, relevant research is still in progress.

So, will the pandemic come to an end after the "storm" of the epidemic caused by Omicron?

In mid-January this year, Christopher Murray, director of the Institute for Health Metrics and Evaluation (IHME) at the University of Washington, wrote in The Lancet that the Covid-19 epidemic will continue, but the end of the pandemic is close at hand. 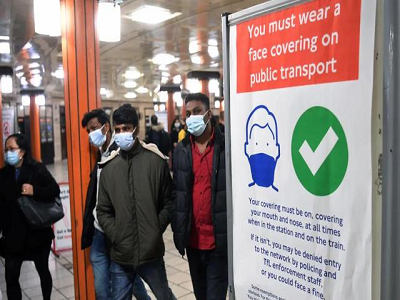 Murray pointed out that the world is experiencing a large wave of Omicron infections, and by the end of March 2022, more than 50% of the world's population will be infected with Omicron. Since then, as vaccination rates continue to increase, booster shots are introduced in many countries, and the level of immunity acquired through infection increases, the global level of Covid-19 immunity will reach new highs. In the weeks and months to come, global infections will be at low levels.

Murray believes that new variants will certainly appear, even more "powerful" than Omicron. Immunity, whether acquired through infection or through vaccination, also gradually weakens. Therefore, the Covid-19 epidemic will not disappear, but will become a relapsing disease that can be managed. Murray said that after the Omicron wave, the Covid-19 virus may make a comeback, but the pandemic will not.

In fact, from the end of last year to the beginning of this year, the WHO has repeatedly stated that the Covid-19 epidemic will end in 2022.

Specifically, Yasarevic said that the goal of vaccinating at least 70% of the population of each country against the Covid-19 must be achieved this year, while strengthening health management at all levels to reduce mortality, adjusting epidemic prevention measures at any time according to the development of the epidemic, and maintaining basic health services, closely monitor the mutation of the Covid-19 through the efforts of all, continued investment, focus on equity, increased research and innovation, and finally end this pandemic.

On February 9, the WHO urged rich countries to provide $16 billion in funding to fund a program (ACT-Accelerator) to provide Covid-19 vaccines, treatments and testing kits to low- and middle-income countries. WHO Director-General Tedros Adhanom Ghebreyesus said, "Science has given us the tools to fight the epidemic, and with global solidarity, we can make the epidemic less of a global health emergency this year."

Regarding the claim that the Covid-19 will become an endemic epidemic, Yasarevic said that even so, it does not mean that the Covid-19 is no longer dangerous or destructive. "In the long term, we hope to bring the Covid-19 virus under control and greatly reduce the serious illness and death caused by it."