Biocredit rapid test: In-depth exploration and opportunity analysis of IVD track under the normalization of epidemic and nucleic acid detection

Biocredit rapid test: In-depth exploration and opportunity analysis of IVD track under the normalization of epidemic and nucleic acid detection

A sudden global epidemic has brought IVD products into thousands of households and accelerated the reshaping of the IVD industry. In 2022, the new crown epidemic is still mutating and ravaging the world, and the IVD industry has been repeatedly pushed to the wind.

With China's IVD industry showing strong supply guarantee capability and extremely high level of research and development, the diagnostic technology of domestic enterprises has gradually been recognized by the market. With the improvement, some subdivided tracks, especially the upstream "stuck neck" field, will continue to benefit and are expected to usher in a qualitative leap.

Thanks to the continuous progress of IVD technology such as the innovation of treatment methods and the discovery of innovative markers, as well as the demand for accelerated aging and early screening, the global IVD industry has developed steadily. The market size has grown from approximately US$56.68 billion in 2015 to approximately US$68.81 billion in 2019, with a compound annual growth rate of approximately 5% during the period.

The new crown epidemic in 2020 will further drive the IVD industry to take off. It is estimated that the global IVD market size will exceed US$130.29 billion in 2030, and the annual compound growth rate from 2019 to 2030 is expected to be about 6%.

According to the survey data, the regional development of the global IVD market is unbalanced. According to the market size in 2019, developed countries such as Europe, America, Japan and South Korea accounted for more than 60%, and China accounted for about 17.6%. Due to the relatively mature and complete medical service systems in developed countries, the overall growth rate has slowed down, while emerging markets represented by China have huge potential. Among them, the scale of China's IVD market increased from 42.75 billion yuan in 2015 to 80.57 billion yuan in 2019. During the period, the compound annual growth rate reached 17.2%.

It is estimated that by 2030, the scale of China's IVD market will reach 288.15 billion yuan, accounting for 33% of the global market size, making it the largest consumer of IVD products. 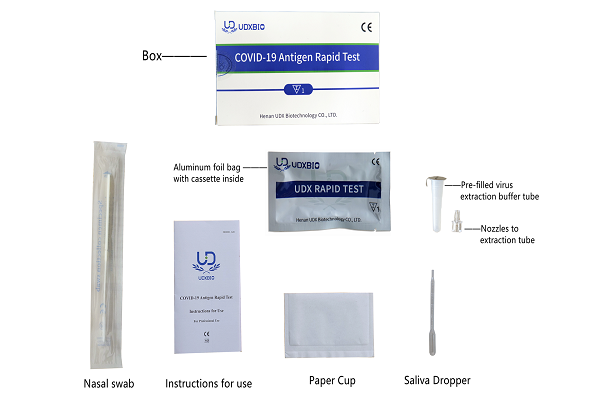 elemental diagnosis, microbial diagnosis, urine diagnosis, etc., according to different detection indicators, specimens and principles. Among them, the first three categories are medical treatment in my country. The mainstream IVD methods of institutions are also the subdivisions that this article focuses on.

Biochemical diagnosis is becoming mature, and the localization rate of reagents exceeds 70%. Biochemical analyzers have high technical requirements, while diagnostic reagents have relatively low technical requirements, so most biochemical enterprises in my country are concentrated in the field of reagents. At present, the main domestic manufacturers of biochemical diagnostic products (including instruments and reagents), such as Jiuqiang, Meikang, Mike and other companies have gradually mastered the core technology and basically completed the stage from pure import to independent research and development, and diagnostic reagents have basically completed import substitution , the domestic share has reached 70%, but the high-end instruments are still dominated by foreign capital, and the domestic instruments and equipment are still mainly low-end, and the domestic share is less than 10%. With the development of immune technology, the market share of biochemical diagnosis has gradually declined, but due to the natural advantages of time and cost in the detection of specific items, biochemical diagnosis will not be completely replaced. In the future, closed systems will be the main development direction of biochemical instruments.

The market share of immunodiagnosis has increased, and chemiluminescence has become a hot spot in the market. Immunodiagnosis is one of the fastest growing fields in recent years. Currently, immunodiagnosis accounts for about 35% of the IVD market, and the annual growth rate is expected to exceed 15%. Chemiluminescence has gradually replaced ELISA as one of the mainstream technologies in the market due to its advantages of high sensitivity and strong specificity. Currently, chemiluminescence accounts for about 80% of the immunodiagnostic market. Magnetic particle chemiluminescence technology can achieve more sufficient coating of antigens or antibodies to improve detection sensitivity, and under the action of an external magnetic field, it can fully automatically clean unbound substances to greatly improve detection efficiency. It belongs to the international advanced mainstream immune system. Diagnostic technology has become the key direction of research and development of domestic chemiluminescence manufacturers.

Molecular diagnosis is in its infancy, and the epidemic has boosted the development of the industry. Molecular diagnosis has been widely used in prenatal screening, infectious diseases, tumors and other fields. The most well-known gene sequencing at this stage belongs to the category of molecular diagnostics, and is also known as one of the 12 disruptive technologies that will determine the future economy. In 2020, PCR technology has played a central role in the nucleic acid detection of the new coronavirus. However, due to the high cost and technical barriers of research and development of molecular diagnostic instruments and reagents, high-end products such as gene chips and second-generation gene sequencing are still monopolized by foreign capital.

Judging from the number of product registrations, biochemical diagnosis is still the "main force" in the market. With the rapid development of immunodiagnosis in recent years, the cumulative number of product registrations is about to surpass that of biochemical diagnosis. According to incomplete statistics, by the end of 2021, a total of 39,007 domestic IVD category II and III valid registered products have been registered. Among them, there were 2,656 IVD instruments and 36,351 IVD reagents. From the perspective of subdivisions, biochemical diagnosis is still the field with the largest number of registered products, and the field of immunodiagnosis ranks second.

The import of core components and raw materials is highly dependent. From 2017 to 2021, the import value of IVD products in my country is huge, and the annual import value in the past two years is more than 100 billion yuan. Among them, the imported products are mainly antigens, antibodies, coenzymes, enzyme substrates and gene sequencers and other upstream high-end instruments, core components and raw materials for IVD. The core raw materials are monopolized by importers, resulting in the extremely weak position of IVD manufacturers in my country in price negotiation, and the phenomenon of being controlled by others is very obvious.

POCT (point-in-time detection) accelerates the implementation of application fields and scenarios. At present, POCT is still in the early stage of development, the overall market size is small, and the penetration rate in the terminal is low, so there is also a huge potential market. POCT has been widely used in medical institutions and patients' homes because of its advantages of short detection time, simple operation, timely and accurate results. At the same time, POCT technical methods are also being gradually upgraded, and quantitative, small, and convenient are the development trends, and they are widely used in clinical practice.