The website of the British Guardian published a report entitled "the failure of American ideology: why does novel coronavirus have a great impact on the United States?" Article. The full text is excerpted as follows:

David rothner, a researcher in public health and social history at the Melman School of public health at Columbia University, has been talking to other colleagues who are worried about the way the United States is coping with the COVID-19 pandemic. "When you're in a public health school and a public health environment, when they don't work well, people really feel it," rosener said. 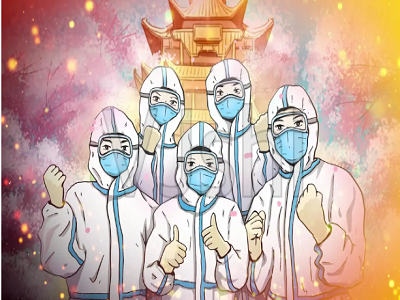 among major countries in COVID-19.

"This is not just a failure of the health care system, but also a failure of American ideology," rothner said.

Problems in American society and health care have led to a high number of deaths. These problems existed long before the outbreak of the pandemic.

According to the Kaiser Family Foundation, per capita health care expenditure in the United States was $10637 in 2018, almost twice that of other large and rich countries. However, compared with these countries, Americans have much shorter life expectancy, the worst quality of health care and the least access.

Of this higher expenditure, nearly $4000 is due to the higher cost of inpatient and outpatient care paid to hospitals. At the same time, spending on the public and local health sectors in the United States has decreased by 16% and 18% respectively over the past decade.

"We do value hospital care, but we don't consider public health and community health care in this country," said Sheila Davis, chief executive of the non-profit organization health partners The American model focuses on the medical services provided by hospitals, "hospitals are the most expensive places to provide medical and health services".