COVID-19 has become a turning point

Novel coronavirus pneumonia, which is being launched in February 3, according to the European Union News Agency, is a 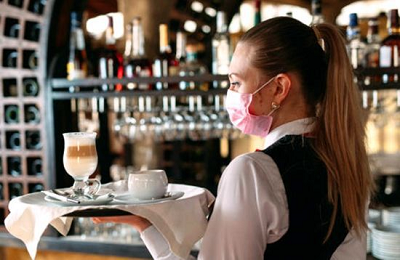 country that has been in a public situation for more than two years, especially in many countries that are seriously attacked by viruses in Europe and North America. Despite the surge in cases caused by the mutant strain of Omicron, which is considered to be less serious, the move to relax epidemic restrictions has triggered a new turning point.Many countries began to relax control of the epidemic.

It is reported that the World Health Organization (who) said that 90 million new confirmed cases in the world in the past 10 weeks have exceeded the whole year of 2020. If some countries have high immunization rates, strong health care systems and good epidemiological curves, they can wisely consider relaxing restrictions.

According to research, the Omicron variant is less likely to cause serious disease than the previous delta variant. The variant of the Olympic Games is easier to spread than other COVID-19 strains and has been dominant in many countries. It is also more likely to infect people who have been vaccinated or who have been infected with COVID-19 before.

The World Health Organization has been skeptical about how a virus that is still widely spreading may evolve in the future.

And warned that the Omicron variant was underestimated. Who director general tedros adhanom ghebreyesus said at the regular briefing on the epidemic that we are concerned that due to the high transmission and low severity of the vaccine and the Omicron variant, prevention of transmission is no longer possible and necessary. Nothing deviates from the truth more than this.

Dr. Michael Ryan, executive director of the WHO health emergencies program, said that some countries had reason to start easing restrictions, but he warned that people would be eager to quit and advised countries to assess their situation. Ryan said that political pressure has caused some countries to open up prematurely, which will lead to unnecessary transmission, unnecessary serious diseases and unnecessary deaths.

Who has long talked about the lag between reported cases and the subsequent impact on deaths. The who said the number of new cases reported globally from January 24 to 30 was similar to the level of the previous week, but the number of new deaths increased by 9% to more than 59000. The number of novel coronavirus pneumonia cases is over 370 million, and the death toll is over 5 million 600 thousand.

The most obvious correction occurred in Europe, which has been the epidemic center of the world for months.

The novel coronavirus pneumonia variant was also first announced in South Africa, and the United States recorded the most recent cases of new crown pneumonia and death among all countries.

Novel coronavirus pneumonia has been ended or relaxed in Britain, France, Ireland, Holland and several Nordic countries. Last week, England ended almost all domestic restrictions. Masks are no longer required in public places, green passes are no longer required to enter activities or other public places, and working from home has been abolished. Leave a lingering control, and those who test positive have to isolate themselves.

On February 1, Norway lifted the ban on the provision of alcoholic beverages after 11 p.m. and the ceiling on private parties for no more than 10 people. Passengers arriving on the border will no longer be required to participate in the COVID-19 test before entry. People can sit face to face again in fixed seat activities, and sports events can be carried out as before the epidemic era.

Norway's health minister, ingvild kjerkol, said it was time for us to return to our daily lives. We have cancelled most epidemic prevention measures so that we can get closer to normal life.

Like some liberals, opponents of vaccines, and others who are angry and ignore the government's orders, many may resist reopening. Some people may insist on wearing masks even if they don't need them, or avoid crowded activities. Extensive handshakes or kisses on the cheek may need to wait.

Like the whole epidemic, many countries are going their own way. During the surge of the epidemic, Italy tightened the requirements of health passes. Starting Monday, the government requires at least one negative test in the previous 48 hours to enter banks and post offices. Anyone over the age of 50 who has not been vaccinated may be fined 100 euros.

Austria plans to relax other restrictions on new crown pneumonia this month and take measures such as keeping restaurants open later. Greece has ordered fines to be imposed on people aged 60 and over who refuse vaccination.

In Germany, infections are still affecting daily records, officials are still worried about a large number of unvaccinated elderly people, and restrictions such as restricting private gatherings and requiring people to show proof of vaccination or rehabilitation before entering unnecessary stores still exist. The country's leaders plan to review the situation on 16 February.

'I think once we feel we can relax restrictions responsibly, the federal and state governments will take this step,' said German government spokesman Steffen hebestreit. But for now, it's a little too early. Other continents seem more cautious. Some of the highest vaccination rates in the world appear in Asia. Asia is no stranger to early outbreaks such as SARS and market exchange rates. Its leaders currently adhere to stricter blockade measures or even tightening measures.

Data show that 69% of Thailand's population has been fully vaccinated. The country continues to require wearing masks in public places and implement social distance and other restrictive measures; Singapore has the highest vaccination rate in Asia, with at least two shots at 87%. Singapore is still maintaining its restrictions and taking measures to relax and tighten the regulations if conditions permit.

Nearly 80% of the Japanese have been fully vaccinated. Japan has rejected the mandatory restrictions, but continues to urge the public to wear masks and abide by the practice of social distance, while requiring restaurants to shorten business hours; With 81% of people vaccinated, Cambodia has lifted restrictions on restaurants and other businesses, but still requires masks when working in public places and encourages social distance.