COVID - 19 testing: Omicron is expected to end the epidemic

A number of new studies have shown that although the COVID-19 mutated Omicron strain is spreading around the world like wildfire, it seems to be far less serious than initially feared. Some scientists have speculated that the epidemic has entered a new, less worrisome phase, and Omicron's high infectivity and low pathogenicity may herald the "beginning of the end" of the outbreak.

However, officials in the European region of the World Health Organization warned on the March 4th that the surge in global infection rates may increase the risk of virus mutation and even more dangerous variants.

People take part in New Year's Eve celebrations in Times Square in New York, the United States, on December 31, 2021. Due to the recent surge in confirmed cases caused by the mutant new coronavirus Omicron strain, the number of spectators at the New Year's Eve celebration in New York is limited, and the audience must abide by epidemic prevention regulations such as wearing masks and fully vaccinated.

Does not easily infect the lungs 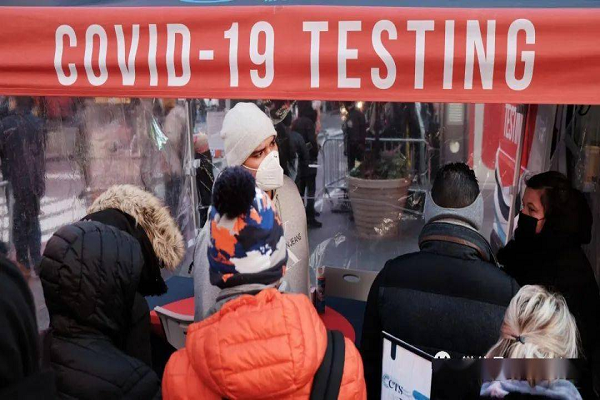 The scientific community was mainly concerned that Omicron carries a large number of mutations, many of which occur on the spike protein, which will not only easily infect unvaccinated people, but also bypass the recovery from infection and the antibody response triggered by the new crown vaccine, which may lead to serious diseases result. But for more than a month, there has been no significant increase in severe and hospitalized cases, despite record highs in confirmed cases.

SARS-CoV-2 infection usually begins in the nasal cavity and then spreads to the throat. Mild symptoms generally mean that the virus only infects the upper respiratory tract, and if it invades the lungs, will have more severe symptoms occur. On the other hand, Omicron does not infect the lungs as easily as previous strains.

According to a report by Bloomberg on the 4th, this characteristic of the Omicron strain was corroborated by the results of five different studies published in the past week.

"The data is now very convincing that the number of hospital admissions and confirmed cases is 'decoupling'," said Wendy Bergs, an immunologist at the University of Cape Town.

A joint study by scientists in Japan and the United States has shown that compared with previous strains, hamsters and mice infected with Omicron have much less lung damage and a lower chance of death. A Belgian study found similar results: Syrian hamsters had particularly severe symptoms when infected with other strains of the virus than in Omicron.

Scientists in Hong Kong studied lung tissue samples from patients with Covid-19 and found that Omicron "grew" slower in these samples than other strains.

People walk with shopping bags on Oxford Street in London, England, on December 26, 2021. The NHS National Medical Affairs Director Steven Powys has warned that the UK health service is in a "state of war" as the Omicron strain sweeps the country. 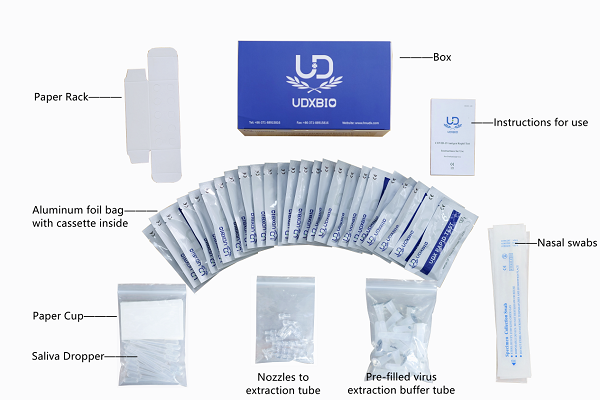 According to Bloomberg, the severity of Omicron is much lower than that of previous strains, and is the result of a combination of the virus’s own massive mutation and broad immunity.

Burgers said changes in viral virulence were likely linked to structural changes in the virus. The mutation in the spike protein of the Omicron strain makes it more likely to invade cells through one route, rather than the two commonly routes by previous strains. "It (Omicron) appears to be more susceptible to infecting the upper respiratory tract than the lungs." However, the Omicron strain typically replicates more in the upper respiratory tract, making it more contagious.

In terms of immune factors, although Omicron is better at bypassing the antibody response as the first line of defense, recent studies have shown that it is difficult to avoid the second line of defense, namely T cells and B cells, after vaccination or recovery from infection . If the antibodies fail to stop the infection, the T cells will attack the virus after it has invaded the cell.

Another study published last week in Hong Kong showed that people who had been vaccinated developed a strong immune response to infection with Omicron that was strong enough to ward off other types of strain. This may explain why the fourth wave in South Africa peaked so quickly.

"My hope is that this variant elicits strong enough immunity in humans to end this pandemic," she said.

However, the researchers also pointed out that despite the mild symptoms of Omicron infection, if the number of cases continues to surge, the number of hospitalizations and deaths will continue to rise, albeit at a slower rate.

Since the outbreak of the epidemic, the cumulative number of confirmed cases in Europe has exceeded 100 million. In the last week of December last year alone, the number of new cases exceeded 5 million. This almost dwarfs previous waves of outbreaks, said Kathryn Smallwood, an official with the WHO's European region.

"We're in a very dangerous phase, with infection rates in Western Europe now soaring, and the overall impact (of Omicron) is unclear," she told AFP.

The number of newly confirmed cases in the UK in a single day exceeded 200,000 for the first time on the 4th, and the medical system is about to fall into crisis. Smallwood expects the same to happen in other European countries as Omicron pushes up the number of cases.

Smallwood said that compared to the Delta strain, the impact of Omicron "is likely to reduce the risk of hospitalization at an individual level," but overall, the threat may be greater because of the high number of infections.

"The more widespread the Omicron spreads, the more people it infects, the more it replicates, the more likely it will produce new mutants," Smallwood said. It's slightly less severe than Delta, but who knows what kind of mutants might come next."

By the way, there are test kits in our company!