An Israeli study stated that one week after the fourth injection, the antibody level of participants jumped by an average of 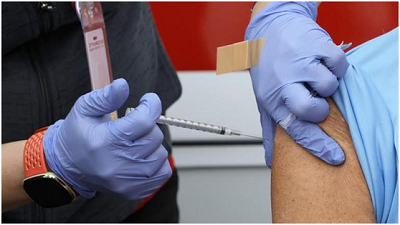 At a press conference held on Tuesday, Israeli Prime Minister Bennett quoted the country’s preliminary research results as saying that a fourth dose of Pfizer’s new crown vaccine can help test participants’ antibody counts increase by 5 times. "Whether in terms of virus transmission and infection, or in terms of severe morbidity, the experimental results show that the level of protection of the fourth dose is much higher." Bennett added that regarding the safety of the widespread use of additional enhanced doses. We will also be "more sure" now.

The trial conducted at the Sheba Medical Center in Israel began in late December last year. A total of 150 participants had a significant drop in antibody levels within four months after being injected with three doses of Pfizer-Biotech vaccine. The test first screened the adverse reactions after the fourth dose of vaccination, but did not find any problems. "The (bad) effect of the fourth needle is the same as the first two needles." Sheba Medical Center spokesperson Steve Walz said. "A few people have a low-grade fever, and a few others have sore arms, but that's all. "One week after the fourth injection, the researchers found that the participants' antibody levels jumped by an average of 5 times.

Regarding the results of this preliminary test, Israeli public health officials said that the new findings have added a certain amount of data to prove the effectiveness of the fourth dose of Pfizer vaccine.

Critics: It may be "too early" to provide the 4th needle now

However, some critics warned that in the absence of complete data to prove the safety and effectiveness of the fourth shot, "this move is too early." In addition, some researchers have not ruled out that “repetitive injections” of booster shots of the same vaccine may suppress the immune response in the human body.

Haggai Levin, an epidemiologist at the Hebrew University and president of the Israeli Association of Public Health Physicians, expressed his appreciation for the government's decision to provide booster injections for people with compromised immune systems. However, he pointed out that for healthy people, it is not clear whether the first three doses of Pfizer vaccine's immune effect "has been weakened to the point where a fourth dose is needed." Levin said of the new research results: "Improving antibody levels is good news, but first we need to know if another injection is necessary."

It is reported that Germany, the United Kingdom and other countries are also considering the promotion of the fourth shot of the new crown vaccine. In late December last year, German Health Minister Karl Lauterbach stated that German people "will need a fourth vaccination" to prevent infection with the new crown. Currently, the United Kingdom is launching a third dose of vaccine for healthy people 18 years and older and high-risk groups 16 years and older. The institute founded by former British Prime Minister Tony Blair also claimed that "a fourth dose of vaccine may be needed soon."

In response, Professor Andrew Pollard, chairman of the British Joint Committee on Vaccines and Immunization and the head of the Oxford-AstraZeneca vaccine research and development team, said that before the fourth dose of vaccine is provided to the British, further data is needed to determine "those immunity Whether, when and how long will the weaker population need to be vaccinated with additional doses".

In addition, too much booster vaccination may distract vaccine resources that should have been used in a wider area. "Remember that currently less than 10% of people in low-income countries have received the first shot, so the idea of a regular fourth shot globally is unwise." Professor Pollard said, "We don't The entire planet may be vaccinated every four to six months."