Academician Zhang Boli said in an interview with the media that it is inappropriate for "Omicron" to be equal to "big flu". The sequelae of new coronary pneumonia are still relatively many, much higher than influenza.

According to foreign feedback data, more than 50% of the patients diagnosed with the Omicron variant, even mild patients may have persistent sequelae.

A confirmed patient in Omikjon, Israel, recovered with severe neurological side effects with clinical symptoms of migraine, loss of consciousness, muscle pain, and collapse. These sequelae are most common in women, and some pregnant and postpartum women have more severe sequelae, with convulsions and even coma.

A spokesman for the Israeli Ministry of Health said that although the symptoms of infection caused by the Omikron variant were mild, the sequelae that occurred lasted for a long time, and were even more severe than those caused by previous waves of epidemics.

The infection caused by the Omicron variant showed signs of mild symptoms, mainly in the reduction of lung damage, but 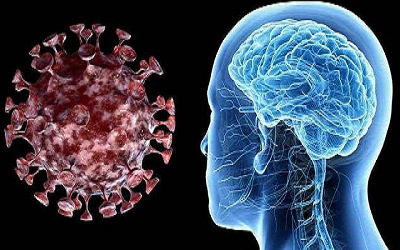 increased damage to the nervous system, and even life-long brain damage.

According to the epidemic monitoring data from the United Kingdom, after Omicron became a global epidemic strain, about 24% of patients developed "brain fog" symptoms in the acute phase, mainly manifested as: memory loss, cognitive decline, migraine, Inattention and other neurological disorders.

Drug Network Reminder: Infection cases caused by Omikron may have the sequelae of "brain fog" regardless of age and severity of symptoms. And this sequelae will not only appear during the infection period, but may also appear months after recovery.

Research results published in the Journal of the American Medical Association found that patients diagnosed with the disease may still experience "brain fog" for an average of more than 7 months after receiving treatment. Although there is no research to prove how serious the "brain fog" is to the human body, many experts worry that the "brain fog" caused by the new crown can cause permanent brain damage.

According to research results released by South African researchers, the risk of secondary infection caused by the new coronavirus variant Omicron strain is three times that of the delta variant.

Researchers collected data on 2.8 million new crown cases in South Africa, where the variant first broke out, and found that 35,670 of them were suspected to be reinfected with the virus, a number that continues to grow.

Drug Network would like to remind everyone that although the Omicron variant has some characteristics of influenza, its toxicity is still very strong, and serious complications and sequelae make it impossible to treat it as influenza. Because it is similar to the symptoms of a cold, this increases the invisibility of transmission, which makes it easy for infected people to relax their guard and delay medical treatment, resulting in the expansion of the scope of transmission.

What is the final direction of the constant mutation of the new crown?

In the past two years dominated by the epidemic, the world seems to have been pressed on the pause button, the pain and the fear of death brought by the infectious disease to the human body.

With every wave of the epidemic, someone will keep asking: When will these days end? When will the new crown epidemic leave the human world?

On January 12, at the regular press conference of the new crown pneumonia held by the World Health Organization, Maria van Kerkhove, technical director of the WHO health emergency project, said that there is no doubt that the new crown pneumonia will gradually become an endemic epidemic. But it's still in the midst of the Covid-19 pandemic.

The new crown may never go away. Omicron is not a big flu. To obtain herd immunity by infection, not only the risk of death, but also the problem of sequelae must be considered.

We can provide you with Influenza A/B Antigen Rapid Test.