According to Arab News, amid fears of the Omicron variant, Israel has recorded its first case of Florona. 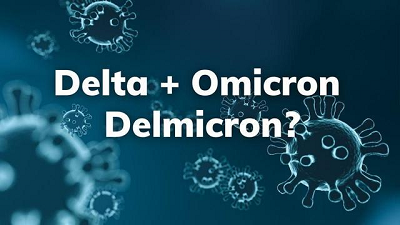 "Arab News" tweeted that day: "Israel has reported the first case of Florona with co-infection of the new crown and influenza."

Another report in the Hindustan Times stated that a pregnant woman who was hospitalized for delivery in a medical institution was diagnosed with Florona disease. The report quoted Israel's "New News" as adding that the young woman was not vaccinated.

According to the ANI news agency, "Florona" is actually a dual infection of the new crown and influenza.

However, it is not a new variant. Israeli doctors are studying "Florona" because of the recent surge in flu cases in the country.

Florona showed that the immune system is severely malfunctioning because the two viruses infect the human body at the same time.

People should not panic because it is not a new variant.

A few weeks ago, during a debate in India around a strain of the new corona virus called "Delmicron," leading health experts advised people not to listen to rumors and wait for global health agencies such as the World Health Organization or the US Centers for Disease Control and Prevention to confirm or Deny the existence of this new corona virus variant.

So far, this new corona virus variant has not appeared, and there is no information about another variant of the SARS-CoV-2 virus after Omicron, which is currently spreading wildly around the world.

Neither the Indian Medical Research Council nor the National New Crown Task Force of India mentioned the existence of the so-called "Delmicron". Some reports claim that this touted combination of Delta and Omicron variants may be responsible for the surge in cases in the United States and Europe. However, this is not a new variant, but is double-infected by these two variants. In Europe and the United States, there have been cases of Delta and Omicron double infection.

So far, the World Health Organization has named Alpha, Beta, Gamma, Delta, and Omicron as "high concern variants", which is what we often refer to as "focus variants."

Our company will provide you with professional testing equipment.