Financial Associated Press reported on February 22, according to Lianhe Zaobao news, the latest research results from the University of Tokyo in Japan show that the Omicron BA.2 subtype variant not only spreads faster, but also may cause several illness, and may even avoid antibody which got from vaccine. And it also resistant to some therapeutic drugs.

As early as the beginning of this month, the news that "South African researchers said that the new variant of Omicron may induce a second rise in the number of confirmed cases" was widely spread, which also made the outside world focus on the newly launched BA.2 mutant.

Tulio de Oliveira, a professor of bioinformatics at Stellenbosch University in South Africa, said in a public presentation that Omicron BA.2 strain is currently spreading rapidly in South Africa, which may cause the Omicron epidemic to enter the second round of climbing period.

The coronavirus vaccine has a certain protective effect against BA.2 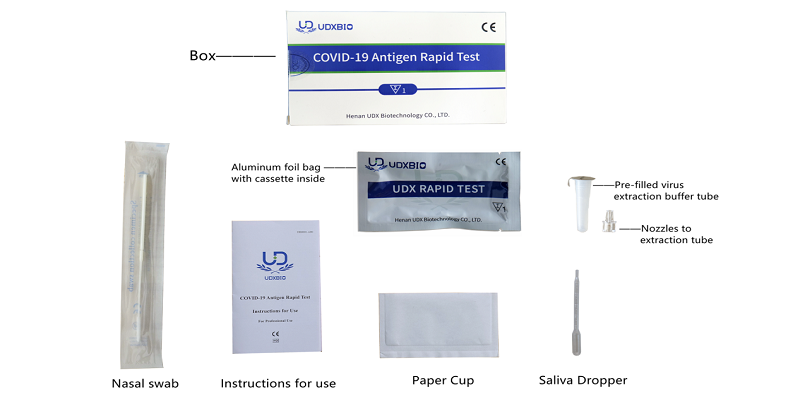 The researchers took BA.2 and BA.1 virus strain infected hamsters, and it was found to be the hamster infected with BA.2 was more seriously ill and the lung damage was more serious. However, antibodies in the blood of patients infected with Omicron are seems to have a protective effect to BA.2 , especially if they have been vaccinated against coronavirus.

"From a human perspective, BA.2 may be a worse virus than the original strain BA.1. It may spread more easily and lead to more serious diseases," said Dr. Rhodes, director of Microbiology at the Cleveland Clinic in Ohio

Compared with the original coronavirus, BA.2 has a high mutation. These findings prove that BA.2 should not be regarded as a kind of Omicron, it needs closer monitoring.

Real data show that the infectivity of BA.2 is about 30% higher than Omicron. According to the World Health Organization, the virus has been found in 74 countries and regions and 47 states in the United States. BA. 2 has dominated in at least 10 countries.

Dr.Zhang Zhiwei, President and chief economist of Baoyin Investment, believes that the macro impact of the Omicron new variant virus may be greater than that of the Ukrainian crisis in the coming months. The Ukrainian crisis is a major event for European and even global geopolitics, but it is unlikely to have an important impact on global economic growth this year. The mainstream view in the market is that the Ukrainian crisis will significantly damage the economic growth of Russia and Ukraine, but the proportion of these two countries in the global economy is relatively small. As long as the military conflict in Ukraine does not evolve into a military conflict between Russia and western developed countries, the direct economic impact of this crisis on the world will be small.

But the macro impact of the new variant virus cannot be underestimated. The current policy that many countries in the world choose to coexist with viruses is based on the judgment that "Omicron virus is a big flu", which means that Omicron virus is highly contagious and has a low fatality rate. Self-healing without treatment will not have a squeeze effect on the medical systems of developed countries. But if the newly discovered BA.2 variant is more infectious and lethal than previously expected, these countries may face more severely ill patients, and if they are forced to re-adopt anti-epidemic isolation policies. It will have a significant negative impact on the just restarted global service industry.

Recently, the epidemic situation in Hong Kong is severe. Carrie Lam, the Chief Executive of the Hong Kong Special Administrative Region Government, announced at a press conference today that a nationwide compulsory nucleic acid test will be carried out. At the same time, the SAR government announced a series of epidemic prevention measures to control the current round of the epidemic as soon as possible and restore the economy and people's livelihood.

Carrie Lam said that the current epidemic situation in Hong Kong is extremely severe and the situation is very critical. The next two to three months will be crucial, and will continue to intensify efforts to detect and isolate the virus early, cut off the virus transmission chain, divert treatment, reduce severe cases and deaths, and increase the vaccination rate. Lam Cheng also announced that the summer vacation originally scheduled in July and August will be brought forward to March and April, which will be applicable to all kindergartens, primary and secondary schools in Hong Kong, and is expected to be implemented in early March.

Liu Yulong, chair professor of the Department of Child and Adolescent Sciences at the University of Hong Kong, said that in the past 10 days in Hong Kong, three children under the age of 5 died of the coronavirus. All of these children developed acute encephalitis, and they were concerned about whether the BA.2 variant of the Omicron subtype would mutate again.

Liu Yulong believes that the reasons why young children become seriously ill or even die after being infected with the epidemic include not being vaccinated against the Covid-19, less chance to go to school in the past two years, and no chance to be exposed to the general corona virus, which prevents them from developing cross-type resistance, or they may have rare congenital immune defects and so on.