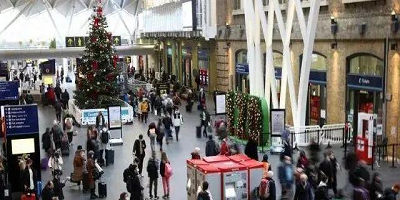 the St. Patrick's Day parade in New York paid a moment of silence to those who died of the new crown. The parade has been suspended for two years due to the coronavirus pandemic.According to Johns Hopkins University epidemic statistics, as of 19:20 on April 8th Eastern Time (7:20am on April 9th, Beijing time), the cumulative number of confirmed cases of new coronary pneumonia in the United States has reached 80,381,399. The cumulative number of deaths related to the new coronavirus infection has reached 985,067. According to CNN, Fauci, director of the National Institute of Allergy and Infectious Diseases, said recently that confirmed cases of new crowns in the United States are expected to increase in the next few weeks, and there is a high probability of a new surge in cases in the fall.

The Los Angeles Times wrote an article on the 8th about the impact of the new crown epidemic on the United States, pointing out that although the death rate of the new crown is decreasing, the haze of the epidemic continues to hang over the United States. The new crown pneumonia epidemic has lasted for more than two years, claimed the lives of nearly 1 million people, left deep wounds on Americans, and also traumatized people's physical and mental health and the American economy.

South Korea's daily increase in confirmed cases remains around 200,000 for 4 consecutive days.According to Yonhap News Agency, South Korea’s Central Epidemic Prevention and Control Headquarters reported on the 8th that as of 0:00 that day, 205,333 new cases of new crown were diagnosed in South Korea compared with 0:00 the previous day, and the cumulative number of confirmed cases reached 14,983,694; 373 new deaths were added in a single day. The number of confirmed cases in a single day decreased by 19,487 from the previous day and 74,916 from a week ago (April 1).

The report said that the number of newly confirmed cases of new coronary pneumonia in South Korea has been on a downward trend, and has remained at around 200,000 for four consecutive days. This could lead to further relaxation of the country's epidemic prevention measures.

According to the website of the Japan Broadcasting Association (NHK), as of 23:59 local time on April 8, Japan has reported 51,953 new confirmed cases of new coronary pneumonia in the past 24 hours. As of now, Japan has accumulated 6,949,007 confirmed cases and 28,617 deaths.

According to NHK reports, at Showa University Hospital in Shinagawa Ward, Tokyo, 80% of patients with new coronary pneumonia were found to be infected with the Omicron subtype mutant BA.2 during admission. Also, 60% of BA.2 infections at the hospital were young adults in their 20s and 30s. The study found that in just over three weeks since the BA.2 strain was discovered in Japan, it quickly became the predominant strain circulating in Japan.

Europe:Germany considers reintroducing indoor mask order this fall.
According to the latest statistics released by the German Federal Agency for Disease Control and Prevention, the Robert Koch Institute, as of 0:00 on April 8, local time, the cumulative number of confirmed cases of new coronary pneumonia in Germany reached 22,441,051, an increase of 175,263 from the previous day; the cumulative number of deaths 131,370 cases, an increase of 334 cases from the previous day. The incidence rate per 100,000 people in the country decreased to 1181.2 within 7 days. German Health Minister Lauterbach said on the 8th that Germany may need to reintroduce the requirement to wear masks in public this autumn after the proposal for a fourth dose of the vaccine was rejected by the legislature. Lauterbach said that the Bundestag voted on the 7th against the proposal to "require a fourth dose of the vaccine for people aged 60 and over." He believes that "all room for further relaxation of epidemic prevention measures has been completely exhausted." It is reported that Germany recently lifted the requirement to wear masks in many indoor settings, but it is still mandatory on public transport. On the 8th local time, the data released by the French public health department showed that as of the afternoon of that day, France had a total of 26,698,061 confirmed cases of new coronary pneumonia, with 148,768 new confirmed cases in 24 hours; a total of 143,130 deaths and 124 new deaths in 24 hours.