Note that although this paper was published in August 2021, it actually studied cases before January 1, 2021. In other words, its research objects are basically relatively primitive strains of SARS-CoV-2 , not the Omicron strain that now dominates the world. The early strain of COVID has actually basically disappeared from the earth. Even if it is unfortunately infected by the virus, it is actually very different from the research object of the paper. We need to update and more accurate research results.

The latest high-quality paper that can be found is a paper published in the journal Nature on March 8, 2022. This study found that after infection with COVID-19, the human brain tissue structure will produce visible The change, to be precise, is that the thickness of the cerebral cortex of the patient will decrease by about 1%, but this study is widely misrepresented as "brain atrophy caused by the new crown", in fact, the thickness of the cerebral cortex decreases slightly and "brain atrophy" Not a concept at all.

The researchers found 785 people between the ages of 51 and 81 who had brain scans before the COVID-19 epidemic, 401 of 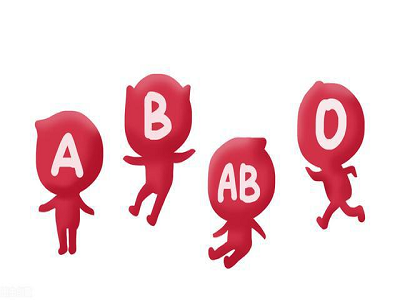 whom had been infected with the virus and 384 who did not, making a good comparison Group. Then, the brains of these people are scanned again to statistically analyze whether the patient's brain has changed.

In fact, this picture also counters another rumor very well, that the thickness reduction of the so-called "cerebral cortex" is irreversible. On this conclusion map, you can see the blue line representing the "control group". People over the age of 70 have a significant thickening of the cerebral cortex.

Therefore, in the long run, it is unknown whether the cortical layers of these people with reduced cortical thickness will recover, and it will take time to answer these questions.

There is also good news, a paper published on March 9, 2022 said that some previous studies have said that COVID sequelae include type 2 diabetes, but the latest research suggests that this sequelae is likely to be temporary, as 40% of the The person has fully recovered during the follow-up period. This recovery was faster than the researchers expected, so they rushed to publish the paper, arguing that it already proved that the sequelae were temporary.

Finally, to sum up: studies on early strains have shown that COVID-19 sequelae do exist and are common, but most people's sequelae are not serious, mainly fatigue, headache, attention disturbance, hair loss, and difficulty breathing. There will be more people, it is estimated that about 20% of the people will be accompanied by loss or change of smell and taste. For example, food that smells delicious now smells bad and other annoying sequelae, but most people will also experience Complete recovery within a few months, and very few people do not recover in a year or two. Cognitive performance declines for some time after COVID-19, and it declines more with age, with more evidence on the long-term effects.

As for the sequelae of the now popular Omicron and its mutant strains, there is still a lack of high-quality research papers (mainly because the time is not long enough). However, considering that the symptoms of people infected with Omicron are much milder than those of Delta, it is a reasonable inference that the sequelae will also be much milder. In general, there is no need to worry too much, and the impact will never be greater than that of ordinary pneumonia.