Swab antigen: hospitals across the UK declare a state of 'serious crisis'

Swab antigen: hospitals across the UK declare a state of 'serious crisis'

In late February this year, the British government announced the "Coexistence with the New Coronary Virus" plan, abolishing regulations such as self-isolation of patients diagnosed with new coronary pneumonia, no longer providing free testing services to the public, and turning "government prevention and control to personal responsibility". The cancellation of a series of epidemic prevention measures led to a violent rebound in the epidemic, with a surge in hospitalizations and deaths, and hospitals in many places declared a "serious crisis state". Meanwhile, the number of people with "long-term symptoms of Covid-19" reaches 1.7 million.

The latest research report from Imperial College London shows that from March 8 to 31, the new crown virus infection rate in 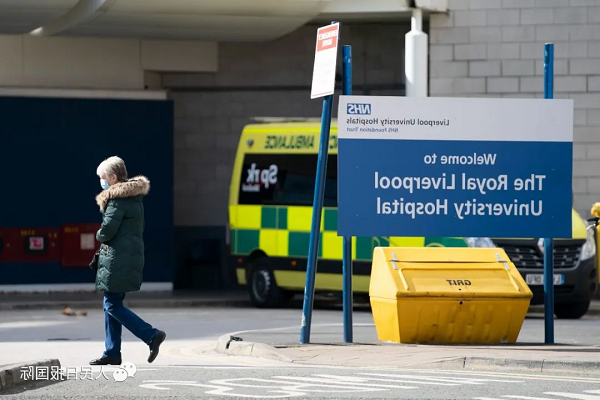 England was 6.4%, which was nearly 20 times higher than the average infection rate from May 2020 to March 2022. Infection rates were 40 percent higher during the first wave of the Omicron strain in January.

According to NHS data, the average daily number of hospitalisations due to Covid-19 in the week from March 21 to 27 was 2,115, more than double the number a month earlier. In the same week, 988 deaths from Covid-19 were reported across the UK, a 36% increase from the previous week. According to the latest statistics from the Global Change Data Laboratory, a third-party organization, calculated by population size, the death rate of new coronary pneumonia in the UK is 5.4% higher than the EU average death rate.

The "Living with Covid-19" plan has put the UK's healthcare system under enormous pressure. A surge in hospitalized COVID-19 patients and medical staff absenteeism has overwhelmed healthcare facilities. At present, the occupancy rate of hospital beds in the UK is 94%. The number of medical staff absent from work due to infection with the new crown virus has increased significantly, with an average of 28,500 absenteeism per day.

The British "Daily Telegraph" reported that many hospitals in the United Kingdom have declared a "serious crisis state". Six medical institutions in England said emergency wait times were generally as long as 12 hours, and patients were not advised to come to see a doctor "unless there was a serious accident or life-threatening situation".

The high infection rate in the UK is also having a negative impact on other sectors. According to data from the British Department of Education, on March 31, the number of absentees in public primary and secondary schools in the UK reached 179,000, 1.7 times the number a month earlier. On the same day, about 1 in 11 teachers were absent from work due to the new crown pneumonia, and 20% of public primary and secondary school teachers were absent from work more than 15%. Barton, secretary general of the Association of Heads of Schools and Colleges in the UK, said the number of infections among school teachers and students will continue to increase, teaching activities will continue to be affected, and the government's education sector's response measures are "chaotic".

According to the "Times" report, many British airlines have cancelled flights due to the increase in the number of employees infected. On April 7, easyJet cancelled 72 flights and British Airways cancelled 50 flights. EasyJet said staff absenteeism was twice as high as usual.

The "Coexist with the new coronavirus" plan has caused the epidemic to expand rapidly and have a serious impact on many industries. The voice of criticism in the UK continues. More than 2,000 British scientists have urgently issued a joint open letter saying: "We do not believe that this policy is based on solid scientific evidence, and this policy will make it difficult to detect new mutant strains." Nagpaul believes: "This policy will put vulnerable groups at risk." Chris Whitty, the chief medical adviser to the British government, warned that the current epidemic in the UK is not optimistic, and the premature unblocking is worrying.

After the large-scale free testing was stopped, data from the British government website showed that the daily number of nucleic acid tests in the country has been halved. The UK government has also stopped funding the King's College London's new crown infection symptoms monitoring project, and funding support for the National Bureau of Statistics' new crown infection survey project has also been reduced by 25%.

Simon Clark, a microbiologist at the University of Reading in the UK, said: "It is wishful thinking to think that Covid-19 is bound to get weaker and weaker, and unfortunately there has been a segment of people in the UK and in some other parts of the world who have been trying to downplay the severity of the outbreak. "