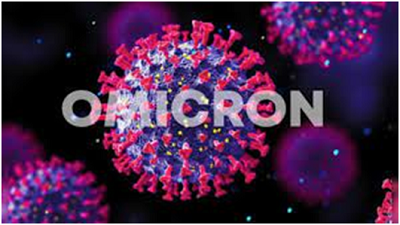 typing and treating the disease. At present, the main clinical manifestations of this disease are still being collected. According to the theoretical system of Chinese medicine, if a patient appears, The doctor will go to the site to collect the clinical symptoms and analyze the core pathogenesis as soon as possible. According to the symptoms after the collection, see what is the difference from the past, in order to determine the principle of treatment and prescription medication.

"Practice has shown that traditional Chinese medicine has a good effect on mild and common delta strain infections, and it also has a certain effect in blocking severe diseases." Zhang Zhongde said.

According to Zhang Zhongde, clinical findings showed that more than 80% of people infected with the delta mutant strain had fever, with symptoms such as high fever, chills, headache, dry throat, fatigue, abdominal distension, and loss of appetite as the main symptoms. Critically ill patients experienced asthma, hypoxia, and hypoxia. Acute weakness such as sweating is more obvious, and the proportion is relatively high. After in-depth research and comprehensive analysis and judgment, the expert team found that the current round of the epidemic is still damp-to-toxic. The core etiology and pathogenesis of traditional Chinese medicine have not changed significantly. It is only due to differences in geography, climate, eating habits and other factors that there are symptomatic characteristics. The difference is that there are different focuses on dampness and heat, as well as the manifestations of pinched cold, pinched heat, pinched dryness, and pinched silt, which also conforms to the "three factors" view of Chinese medicine clinically.

For example, patients in Xiamen and Putian, Fujian have more obvious symptoms of diarrhea, vomiting, and nausea. The wet evil is more serious, which is related to the region and eating habits. The symptoms of dry cough, dry throat, dry mouth, and itchy throat are more obvious in patients in northwestern regions such as Gansu, which is in line with the performance of "dry evil invades the lungs". Therefore, all localities can make appropriate adjustments to the treatment based on the "three factors and three prescriptions" of traditional Chinese medicine, based on the original eighth edition of the "three medicines and three prescriptions". Severely ill patients use ginseng to strengthen the body at an early stage and throughout the course. At the same time, we must also pay attention to treating the lungs and intestines at the same time, regulating the intestines and treating the lungs. Patients with impaired stools should reuse rhubarb to keep their stools unobstructed.

Our company will provide products for you.