What Is a Positive Test for Starch?

A test commonly used to identify the presence of starch in a sample is the iodine test.One of the two components of starch,specifically amylose,reacts with iodine to produce the dark blue color.While the presence of simple carbohydrates can also be detected using Benedict's solution,starches and other complex carbohydrates will not respond positively to this reagent unless they are broken down.To perform an iodine test,an iodine reagent must be added to the material to be tested,whether it is a solution or a solid piece such as a slice of potato or bread.If it appears blue-black,it means starch is present.Yellow or orange indicates the absence of starch amylose.Positive results will not occur if the material tested contains only cellulose or disaccharides.The iodine reagent used in the starch test is usually prepared by dissolving iodine in water and adding potassium iodide to increase the solubility of iodine.The resulting compound is a triiodide complex that produces an intense blue color.Some grains,such as rice,wheat,and corn,and some vegetables store large amounts of starch.Starch consists of two parts called amylose and amylopectin,but the latter does not participate in the reaction with iodine.

Why are people getting conflicting results from rapid COVID-19 tests?

Would you take a COVID-19 test that provides results in 15 minutes or less? All that is needed is a nasal swab and a sample card coated with specific antigen-detecting chemicals.It sounds like it could change testing as we know it-and it does.Rapid tests are used in schools,workplaces,airlines and even Hollywood. Despite its broad appeal,some public figures have had inconsistent results,leading many to ask,"How reliable are these tests?"According to the U.S. Centers for Disease Control and Prevention (CDC) and the U.S. Food and Drug Administration ( According to the FDA),before applying,please understand how the rapid test works and how to use it.

What is a rapid test? 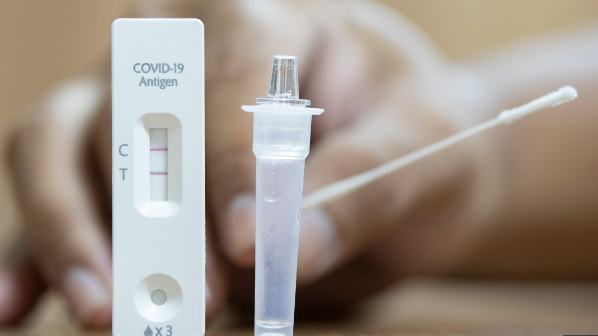 During the pandemic,healthcare companies developed antigen tests,also known as rapid diagnostic tests.These tests require mucus samples taken from nasal swabs to look for antigens-proteins on the surface of the SARS-CoV-2 virus.Currently,rapid tests help identify people with high levels of the virus in their systems.Because the test is easy to produce,distribute and use,it has become a game-changing approach to the pandemic,allowing as many people as possible to be tested in a doctor's office or community clinic.The U.S.Department of Health and Human Services purchased more than 150 million tests for nursing homes and schools after the FDA approved the test for emergency use.United Airlines also rolls out rapid COVID-19 tests for its passengers,setting the stage for other airlines to follow.Although the express version was an important step towards increasing comprehensive testing,as its use became more widespread,a new set of problems emerged.