What is the Rapid Antigen COVID-19 test?

According to New Atlas, how does the RAPID antigen COVID-19 test work? Why did the U.S. government recently commit to buy 280 million test kits? Will that be enough to help contain the spread of the virus? Increased testing, part of US President Joe Biden's recent "Path out of the Pandemic" plan, is considered an important part of curbing the spread of COVID-19. The plan indicates that the U.S. government will spend nearly $2 billion to procure 280 million rapid tests for COVID-19. In addition, major retailers would be required to sell the tests at cost, roughly 35 percent below the current price.

Those numbers certainly sound big. But what's the best way to use these quick tests? How accurate are they? Did the U.S. government underestimate how many tests were needed to make a difference?

What is rapid antigen test? 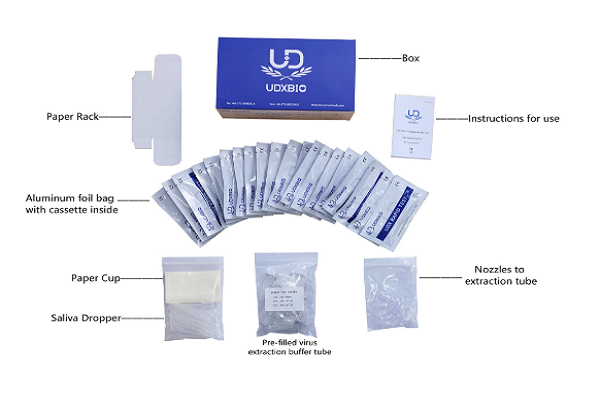 The PCR test is very accurate. So much so that they can pick up tiny traces of viral RNA that may cause only harmless, asymptomatic infections and even provide a positive diagnosis weeks after a person has passed the infectious stage.

But PCR testing is also time - and energy-intensive, requiring samples to be sent to a diagnostic laboratory. In the best case, PCR results can take several hours. In the worst case, when the lab is overwhelmed, results may not come back for days.

On the other hand, rapid COVID-19 tests sacrifice a degree of accuracy for speed and simplicity. These tests look for proteins on the virus's surface called antigens or antibody generators.

The rapid test contains a set of antibodies designed to respond to the SARS-COV-2 antigen, and they can return a positive or negative result in about 15 minutes.

How accurate is the rapid antigen test?

To be sure, rapid antigen tests are not as accurate as PCR tests. However, rapid antigen tests have been incredibly accurate in capturing the strongest infectivity of cases. Rapid tests require the presence of a large number of viruses in any particular swab. This means that these tests cannot confirm that someone is not currently infected with SAR-COV-2, but rather that they can confirm whether a person was infectious when they were tested.

Zoe McLaren, a public health expert at the University of Maryland, explains: "The aim of rapid testing is to identify cases with a sufficiently high viral load in the nasal cavity, not to diagnose all cases of COVID-19. The Abbott BinaxNOW rapid antigen test may detect only 85% of the positive cases detected by the PCR test. But crucially, published studies have found that they can detect more than 93 percent of cases that pose a risk of transmission, which is most important for controlling pandemics. Ellume correctly identified 95 percent of positive cases and Quidel QuickVue correctly identified 85 percent. All three tests correctly identified more than 97 percent of negative cases, regardless of symptoms."

"These results suggest that effective screening depends largely on test frequency and reporting speed, and that high detection sensitivity leads to only small improvements," the researchers wrote. Therefore, we conclude that screening should prioritize accessibility, frequency, and time from sample to answer; The analytical limits of detection should be secondary."

So, in essence, low-sensitivity but easy-to-use tests that are often performed are better at managing a pandemic than slow, hard-to-get but high-sensitivity tests.

How to use rapid antigen tests？

Both the FDA and CDC recommend continuous testing when using rapid antigen tests. Because these tests require a relatively high amount of virus to get a positive result, it is possible to test negative for SARS-COV-2 and still be infectious. To overcome these false-negative results, people are advised to test at least twice over several days to determine if they are negative.

Earlier this year, a massive publicly funded project in the UK made free rapid test kits available to every citizen. The goal of the government-funded program is for every citizen to self-test twice a week at home.

In the United States, the Biden administration's recently announced plans to step up rapid testing have been criticized by some as too little, too late. An editorial by Eric Topol and Daniel Oran of the Scripps Research Institute calls on the American government to dramatically increase production of rapid tests, arguing that ordering 280m tests at $7 a go is too much money for too few.

"Instead, the United States should plan for rapid testing over several months, with the goal of testing at least a significant percentage of the population every week," Oran and Topol wrote in an editorial published in StatNews. That would require about a billion tests a month. The goal should be to get the price closer to a dollar per test."